Ship of the Week

Ship of the Week: Starbug

It’s small, green and is not armed and with laser cannons…

”The Jupiter Mining Corporation transport vehicle Starbug (full name Starbug I) is a relatively small shuttlecraft, green in colour. It has three bulbous sections, the cockpit, mid-section and engine rooms, somewhat resembling a bug from the exterior”

Ship of the Week: Blake’s 7 The Liberator

Quite possible one of the best designs ever, unique and very stylish. I was hooked on Blake’s 7 in the 80s, definitely an inspiration for me.

‘The Liberator was an abandoned spacecraft found drifting near Cygnus Alpha, it was equipped with powerful weapons, force field protection, and a system of battle computers.’

Definitly inspired me when I was a kid. I think I should do my own model of it, but till then heres a cracking shot of it from here: Link 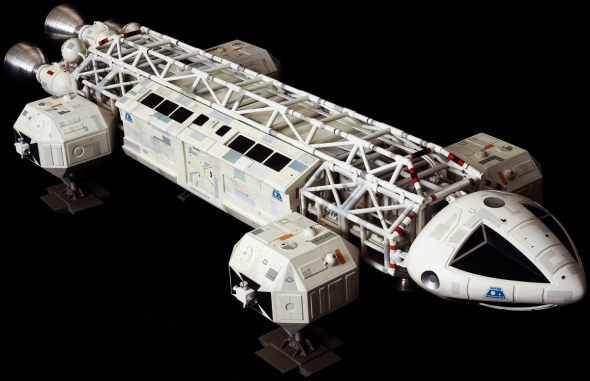 I originally hunted high and low for the Red Dwarf, but there aren’t too many good shot of it out there… So I think I’ll be doing my own.