Been mucking about with a fancy render engine. Here’s the Garuda MSV in green.

The ship deckplans and other stuff are here:-

Latest product I have worked on from Gypsy Knights Games. Check it out, I am very proud of the illustrations I did for this. 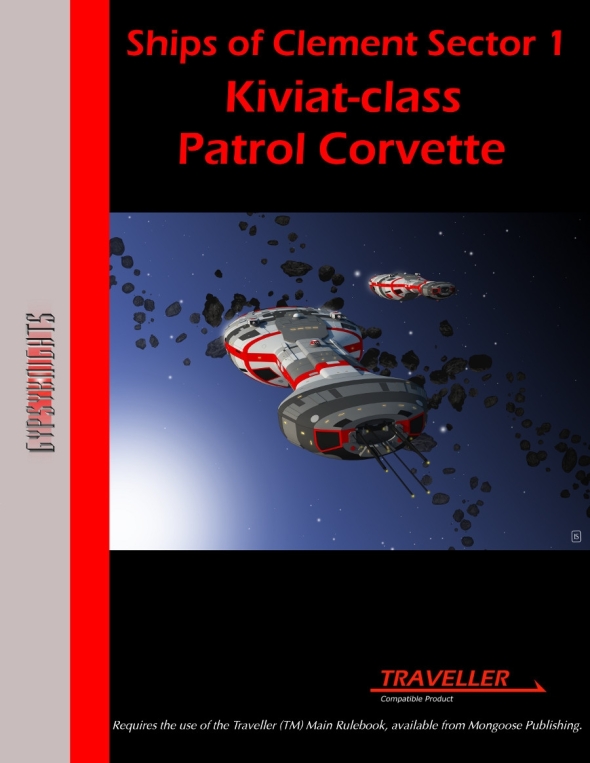 ‘Gypsy Knights Games is proud to present the first in a line of products dedicated to the starships of Clement Sector.

The Kiviat-class is a patrol corvette designed and built by the Hub Federation to combat the local piracy problem.  Armed to the teeth and lightning fast, the Kiviat is more than capable of hunting down and destroying any pirates in the region.

At 600 tons, the Kiviat can make an ideal ship on which to set an adventure.  The ship could be used as the basis of a naval campaign, an enemy for those characters engaged in piracy, or a powerful personal ship for a group of hardcore adventurers.

Ships of Clement Sector 1: Kiviat comes complete with beautiful views of the Kiviat as well as full deckplans and statistics to make your use of the product simple, easy, and fun.  Though designed specifically with our Clement Sector setting in mind, the Kiviat could easily be used in any Traveller setting.

Get on board!  Adventure awaits!’

Just loving how these turn out.. Another from Merchants and Cruisers, the Vargr Sorrgheg Reaver Vessel. 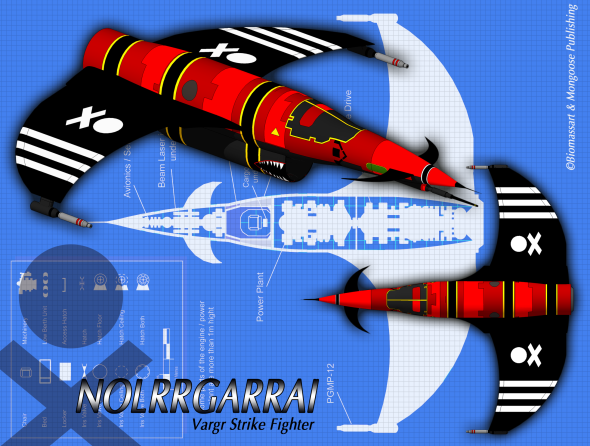 Finally a new book published, our third and hardest to do. 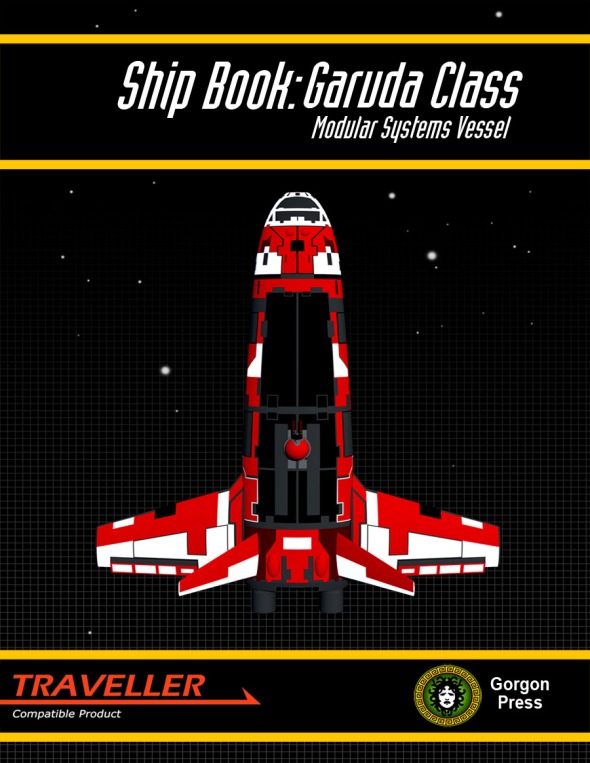 Here’s the rather good cover, alas I don’t know the artist: